Beauty and the Beast

St Gabriel’s took to the stage at Arlington Arts to perform the Senior School performance of Beauty and the Beast directed by Head of Drama, Ruth Chaplin.

During the performance the audience were taken on an enchanted journey as Belle was held as a prisoner in the Beast’s home. We saw Belle befriend its magical staff along the way while being treated to a selection of well-known songs such as ‘Be our Guest’ and Tale as Old as Time’. The student performers showed dedication and commitment throughout the rehearsal process right up until the final curtain. Charlotte Culley (Y12) who played Belle was outstanding, showing her talent across all three art forms of drama, dance and music. Lumiere played by Millie Ducker (Y9) was a firm favourite with the audience offering witty jokes and excellent comedy timing while Gaston played by Mollie Montague (Y9) held the audience’s attention with her charm and charisma. Sophie Willcocks(Y9) who played The Beast grasped the audience by her claws with an outstanding vocal solo ‘If I can’t love her’. 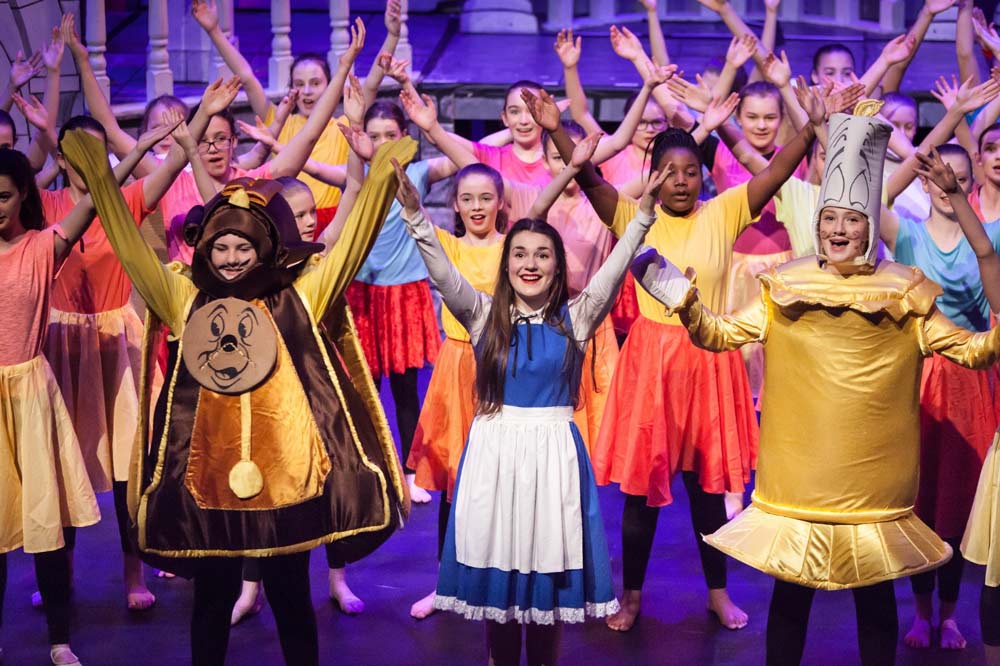 Throughout the show the audience witnessed the wide selection of talent across the school. The Y10 GCSE dancers helped by Mrs Hastings  choreographed classical ballet numbers that complimented beautifully the emotion on stage, while a small band of talented Y10-12 girls played alongside our very talented Dr Tebbs to deliver the entire score of this well-known classic tale to an exceptionally high standard.

Visit the Beauty and the Beast Photo Gallery which showcases a selection of Howard White's superb photos.