GCSE Product Design, Business and Computer Science students from Year 10 donned high vis jackets and safety glasses to enjoy an exclusive tour of the manufacturing facilities at the Mini plant in Oxford. The students experienced first-hand the logistics and equipment used to manage a just-in-time production line, with doors and body panels arriving from the plant in Swindon, engines from Hams Hall, near Birmingham and other components arriving just in time from a host of suppliers who will face severe financial penalties for late deliveries, as it costs £60,000 per minute to run the production line.

Observing the autonomous robots delivering the right car dashboard, for each car, whether left or right hand drive, to the constantly moving production line and seeing how technology has been used to make manufacturing safer and more efficient, was eye-opening. They watched in amazement as advanced robots using laser welding techniques completed body shell production with precision and witnessed state of the art camera visioning systems being utilised along the assembly line for quality checking.

Mini uses mass customisation to build cars to order and the plant aims to produce 1000 cars per day, that's one every 67 seconds; students were challenged by the tour guide to spot 2 cars that were the same on the production line. However, as the number of possible colour and styling combinations is over 15,000,000,000,000  they unsurprisingly failed!

The final part of the tour allowed business students to see the plant's proximity to its own railway loading area which allows over 60% of production to be transported with ease to Southampton and then exported to 110 countries around the world; this brought a real life perspective to a topic covered in the classroom.

The plant was certainly like nothing they had seen before and the students gained a real appreciation of the awe-inspiring scale and sheer level of automation in mass production. 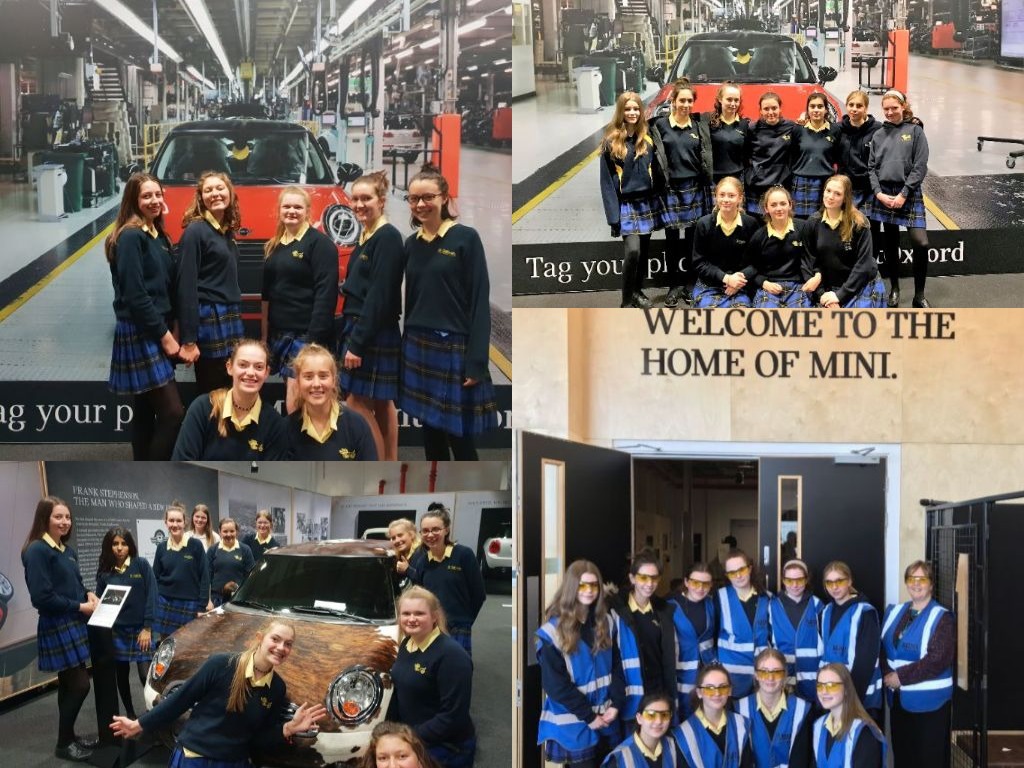