As part of their studies of material culture, Year 10 and 13 classicists recently took a trip to London to visit some ancient artefacts.

Year 13 began the day at the reconstructed temple to Mithras, a Roman shrine which was discovered in London after the second world war. The museum is designed to recreate the mystical atmosphere which accompanied cult worship of Mithras, giving visitors an idea of what it was like for Romans to stand in the sacred space and commune with the deity.

Year 10 meanwhile visited the British Museum to get a close-up view of some of their set sources, such as the world-famous Bassae frieze. They were able to observe and photograph the frieze in a private viewing session before visiting the other classical antiquity exhibitions around the museum.

After lunch the groups merged and took in this year's UCL Greek play, which fortunately happened to be Year 13's set play Oedipus Rex. The play initiated some lively discussion and introduced the Year 10s to the twists and turns of Greek tragedy. 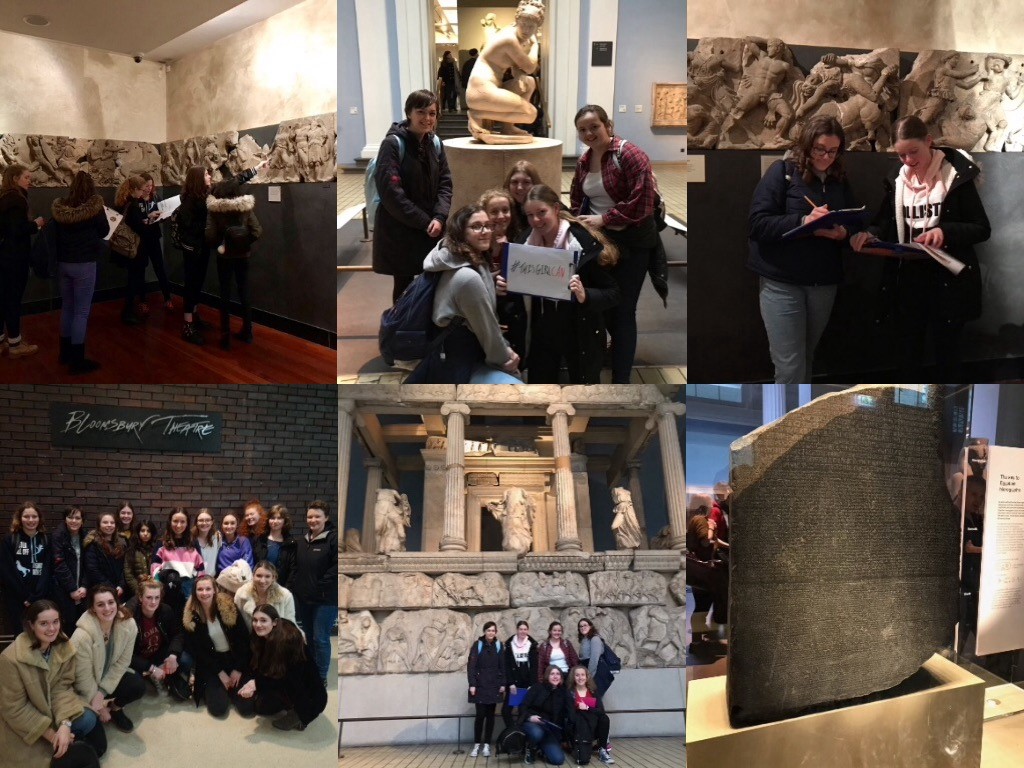