The interesting thing about the world is that whatever people say, it is still a male dominated world. Approximately 5% of world leaders are male, 32% of the British Parliament is female, 7% of the FTSE 100 has a female CEO, the average pay differential for men versus women in the UK is about 24% and so on and so forth.

So imagine how thrilled we were when one of the women who has broken this mould came to speak at St Gabriel's, a woman who in 1994 was the first woman to be invited to give the Royal Institution Christmas Lecture, adding her name to a list that includes the likes of Michael Farraday, David Attenborough and Richard Dawkins, a woman whose profile features alongside the likes of Stephen Hawking and James Lovelock, a woman described not only as 'the foremost female scientist in Britain' but as 'one of the best of any gender, anywhere, at getting complicated ideas across', and a woman who has published some of the most 'go-to' books on the brain currently on the market.

Baroness Susan Greenfield is a neuroscientist whose achievements read like a Who’s Who of how to succeed: she is a writer, broadcaster, and member of the House of Lords whose research has included work on Parkinson's disease and Alzheimer's disease. She has published extensively on the neuroscience of consciousness and her most recent book discusses the impact of technology on the brain. As an academic, she can count Senior Research Fellow at Lincoln College, Oxford University and Professor of Synaptic Pharmacology, Chancellor of Heriot-Watt University in Edinburgh between 2005 and 2013, director of the Royal Institution of Great Britain from 1998 to 2010, and in September 2013, she co-founded the biotech company Neuro-bio Ltd, where she is Chief Executive Officer.

Her talk at St Gabriel's was called 'Where Classics Meets Neuroscience' and covered the most incredible range of ideas. Whether you were a Classicist, a biologist, a psychologist or pretty much of any academic persuasion, there was something to test and tease the brain. A particularly spirited panel discussion centred around views on social media and its effects on the brain, with Miss Halstead and Mrs Dadds providing the teacher angle, whilst Sofia Gilkes, Abigail Wilson and Head Girl Philippa Lazarus demonstrated a fearless willingness to put forward their views in front of an audience of well over 150 people.

A large sum was raised for the charity Classics for All and those who attended were left with as fine as an example of what can be achieved with ambition, creativity and courage. 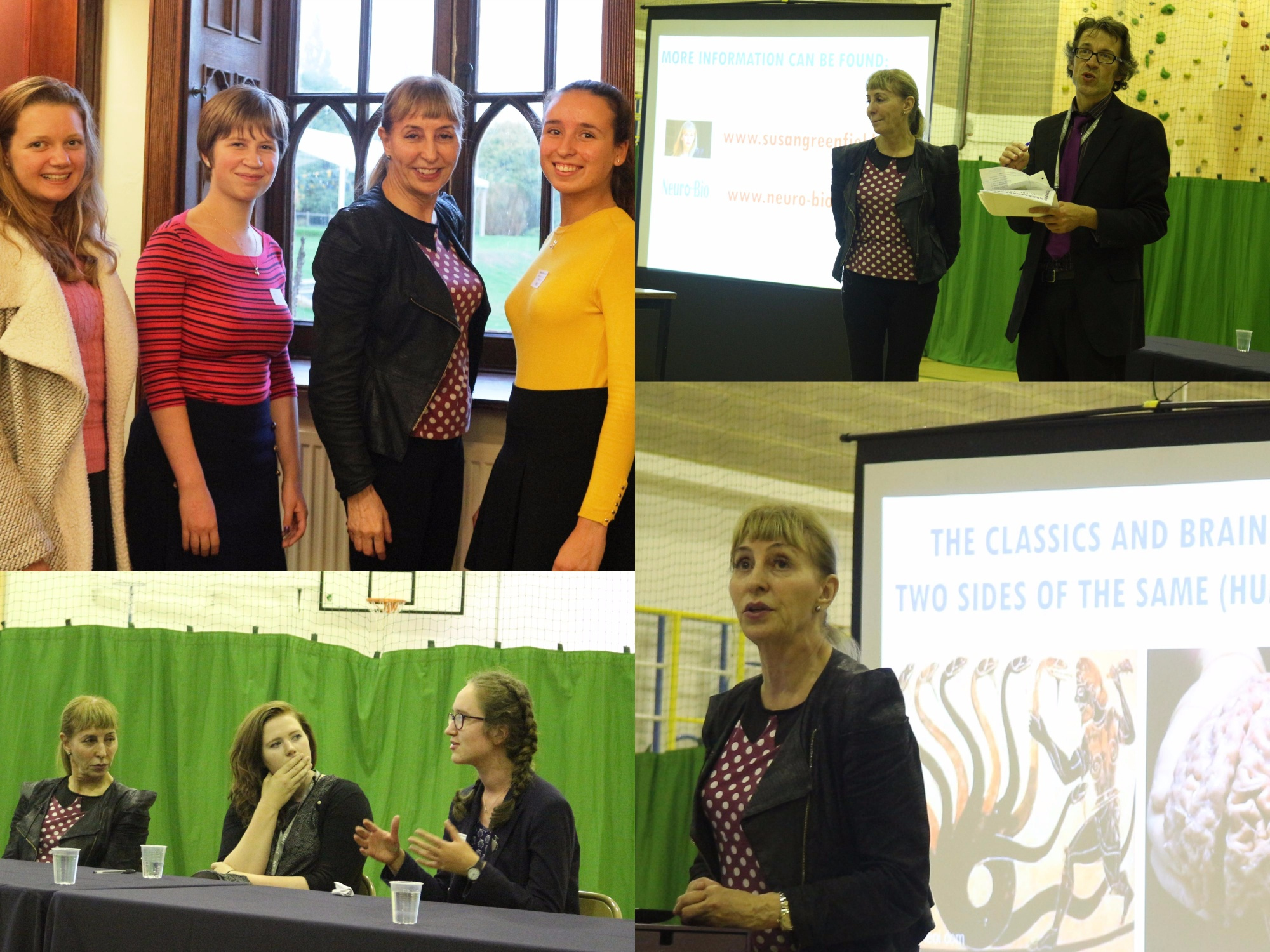