In 2015, former St Gabriel’s English teacher, Abi Elphinstone, burst onto the children’s book scene. Her debut, The Dreamsnatcher, was heralded as one of the Best Children’s Books of 2015 by The Guardian; the Daily Mail billed it as being ‘Harry Potter dark magic territory – atmospheric and packed with drama’ and The Sunday Times called it ‘thrilling’.

Abi’s second book, The Shadow Keeper, was published last year and was The Times’ Book of the Week and listed as one of the Best Children’s Books of 2016 by The Guardian. The eagerly anticipated The Night Spinner, is third and final book in the trilogy, this book was launched prior to her visit, with many avid readers in school eager to get a signed copy.
It was a pleasure to welcome back alumnae, taught by Abi, to this talk.

"Abi Elphinstone’s talk on Monday, 27 February about her journey to become a published author was truly inspirational. She spoke about her adventures growing up, her initial desire to become a unicorn and her one-way ticket to Africa, where she began to write. We learnt about how difficult it is to become an author, as she talked about her many rejection letters from different publishers. Abi soon realised that to become a successful author she needed to be original; she couldn’t use someone else’s observations or stories, she had to use her own. Abi drew on experiences from her childhood, like making slingshots with her dad in Scotland and seeing a wildcat one night in the forest. She named a character after a brand of body wash; she visited a Romany gypsy in Hampshire and went on many adventures both in the UK and overseas to find her inspiration. Now Abi has three books out, published by Simon and Schuster and she is currently working on a book about an eagle huntress, which took her to Mongolia and Finland for her research. Abi is a funny, clever and motivating woman, who spoke passionately about her love of books and writing in a way which made me want to listen to her for hours on end. Her main messages were about perseverance when things don’t go your way; listening to people and watching the world around you and drawing inspiration from anywhere and anything; from childhood memories to shampoo bottles! I can’t wait to read her books." 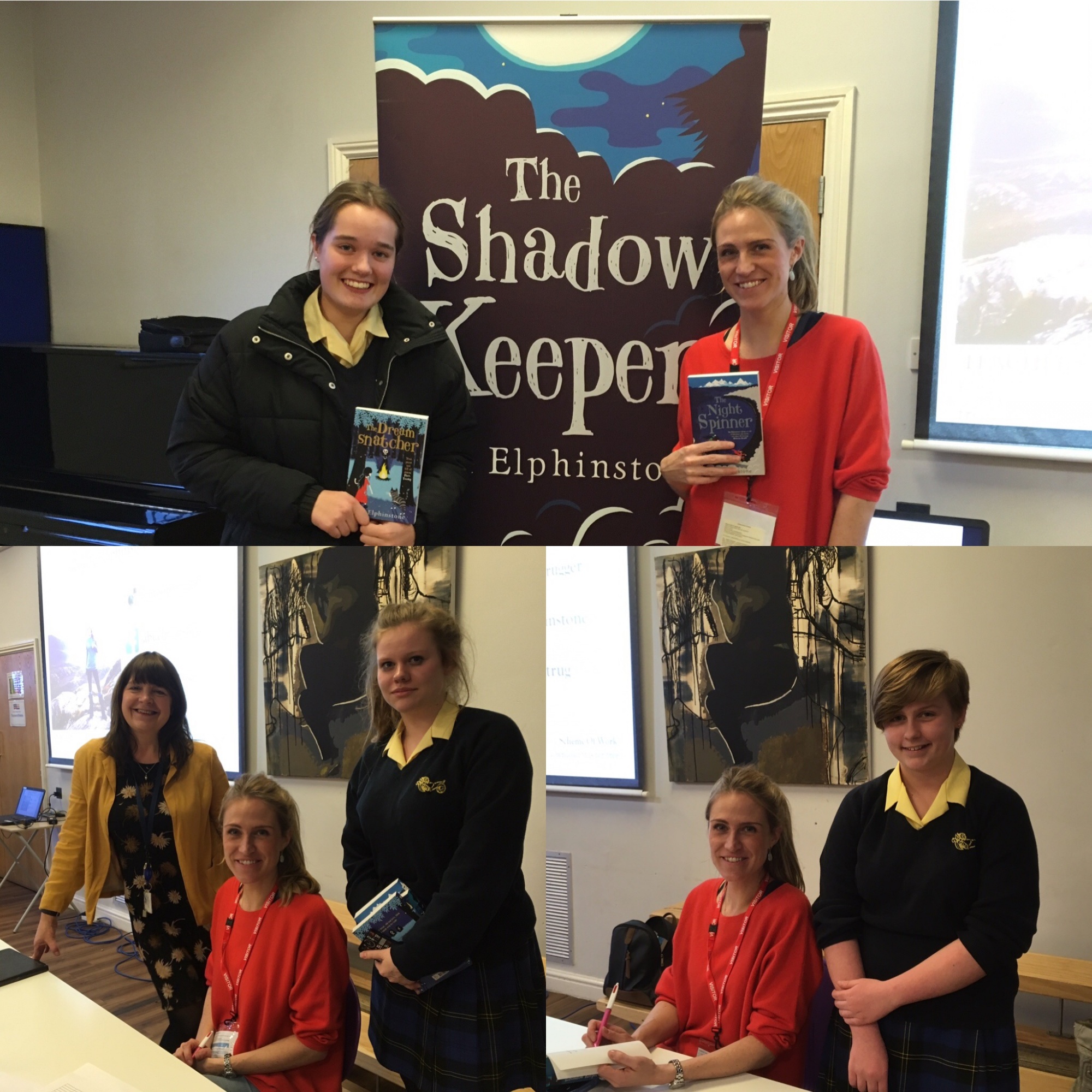