Our Sixth Form English Literature A level students enjoyed a trip to Stratford Upon Avon on Monday 10 February to participate in a Shakespeare Conference on Othello. Olivia, Year 12, has written about her experience:

‘Go to plays, thundered one irate minister, John Northbrooke, ‘If you will learn how to be false and deceive your husbands, or husbands their wives, …obtain one’s love, how to beguile, how to betray, how to flatter, lie, forswear…’ (Taken from ‘Will in the World’ by Stephen Greenblatt (2004).

It was clear from our A level English Literature visit to Stratford, that it is the psychoanalysis of a Shakespearean text that is the reason for our studying Shakespeare’s plays, despite his death 400 years ago. The myriad of interpretations which were discussed throughout the conference reflected Shakespeare’s genius, but also our delight in unravelling his use of form, structure and language to create our own understanding of our A level text, ‘Othello.’

Rather than accepting John Northbrooke’s pessimistic view of theatre, I was encouraged to consider F.R. Leavis’ analysis of Othello’s character where ‘conscious nobility, this noble egotism, this self-pride…becomes stupidity, ferocious stupidity, and insane and self-deceiving passion…Othello’s noble lack of knowledge is shown as humiliating and disastrous.’ It is this psychoanalytical approach that has inspired many generations of sixth-formers to revel in the study of this tragic hero. Similarly, the character of Iago, the Machiavellian villain of the tragedy, is characterised by his ‘motiveless malignity,’ as Coleridge described his demonic behaviour that seemed to have no logical reason.  In our session exploring Iago’s list of negative traits: ‘master torturer’, ‘great improviser’, omniscient puppeteer’, ‘clinical scientist’, it was clear to me that he had no single justification for his actions and words. Dr. Nick Walton reiterated Iago’s statement, ‘I hate the Moor’, emphasising the powerful impact of this simple monosyllabic phrase.

Dr. Walton then explored with us the importance of recognising the effect of sound in a Shakespearean text, and the impact of Shakespeare’s changes in rhythm from a ten-syllable to an eleven-syllable line, for instance. Where the iambic pentameter was distorted in the conversation between Othello and Desdemona, in which he demands to see the handkerchief which he ‘so loved and gave (Desdemona)’, the erratic use of iambic pentameter culminates in Othello declaring, ‘Thou dost stone my heart/And makest me call what I intend to do/A murder, which I thought a sacrifice.’ The audience’s discomfort is heightened by the uneven rhythm. Overtones of honour killings were also discussed, once again bringing the text into the modern day.

I am particularly interested in the importance of the relationship between Emilia and Desdemona, and as I am currently writing an essay exploring the significance of male and female bonds, I was fascinated by Dr. Walton’s comment on the cultural significance of the women’s relationship: ‘It is interesting to consider their viewpoint and that of the audience of the period. Emilia and Desdemona’s conversation before their deaths is particularly important as it gives voice to how Emilia sees the world, and displays the significance of their bond.’ I agree with Dr. Walton that the ‘Willow Song’ scene between the two female characters is the most important scene in the play, and also the only scene in which the two women are alone on the stage together.

Our final session had a focus on performance, where the audience directed the actors, adopting two different perspectives, which interestingly, completely changed my interpretation of that particular scene, making me aware of the significance of stagecraft.

After this excellent conference, I would like to reject conclusively Thomas Rymer’s rebuke of the play, in which he wrote, ‘So much ado, so much stress, so much passion and repetition about an Handkerchief? Why was not this called the Tragedy of the Handkerchief?’ Rymer misunderstood. It is the tragedy of humanity to be beguiled by jealousy. As Harold Bloom remarked, ‘If each of us had an Iago as a personal spirit, would we do better?’ 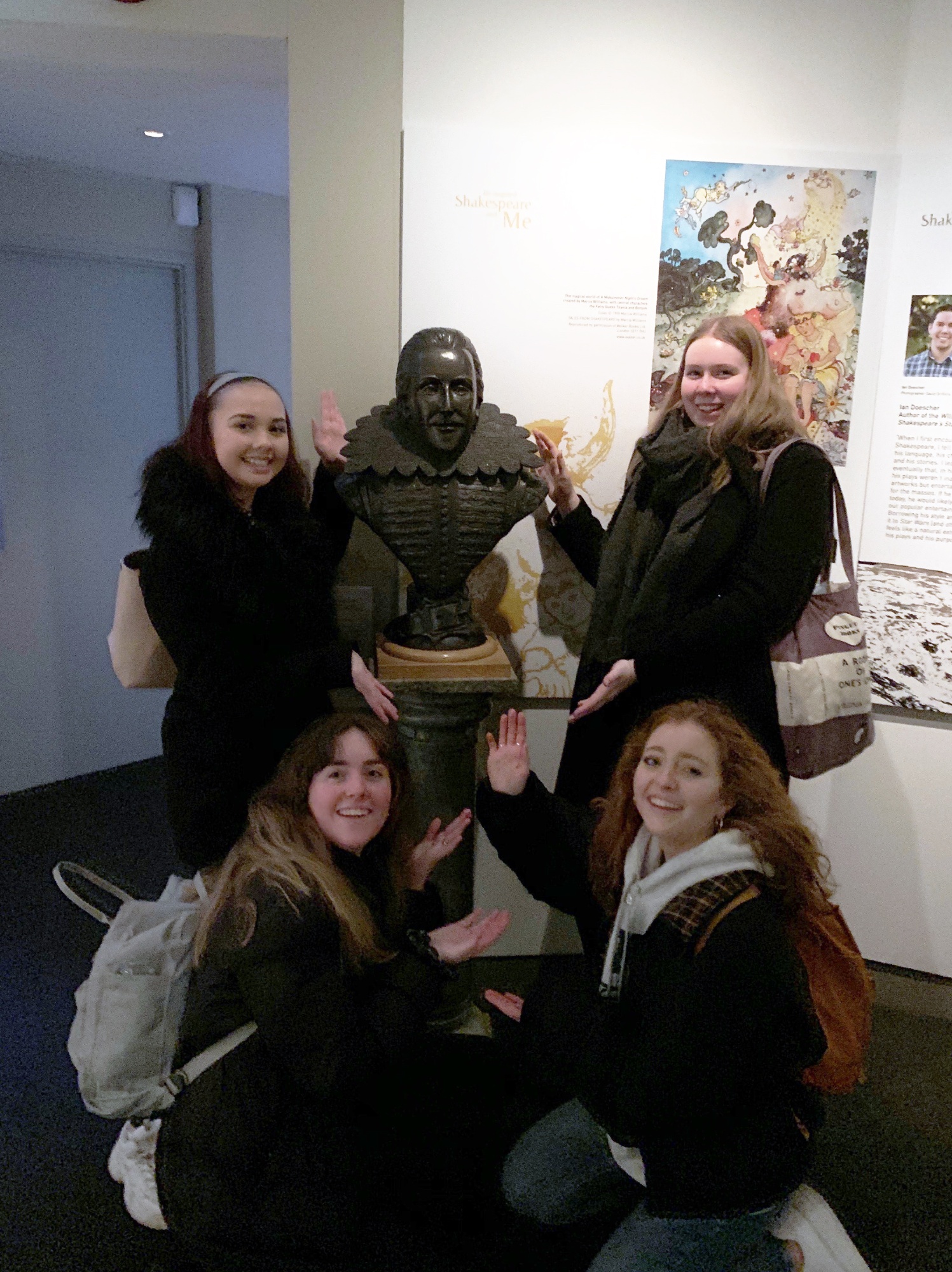