'Cellist and Music Scholar Imogen, from Year 7, is still grinning from ear to ear from a masterclass last weekend, with world renowned 'cellist Johannes Moser and the Principal 'cellist from the Bournemouth Symphony Orchestra, Jesper Svedberg. As one of only 4 children participating, Imogen played a piece of her choice (Bach Sonata - Bouree 1 & 2 - part of her Grade 7 syllabus) and  2 'cello quartet pieces supplied by the organisers. It was an amazing experience, especially as when it came to the quartet, where each child had an adult playing with them, Johannes insisted on playing with Imogen, which she was very chuffed about.

Imogen then attended the Bournemouth Symphony Orchestra concert at The Anvil in the evening, which included Walton's 'cello concerto, played by Johannes. It was recorded by Radio 3 and will be aired Monday 10 December at 7:30pm. Imogen was thrilled that before Johannes did his encore, he talked to the audience about how much he had enjoyed a 'cello day with 4 children and that 1 of the children had played Bach (Imogen!) and he was going to return the complement  by playing more of the Bach Sonata! 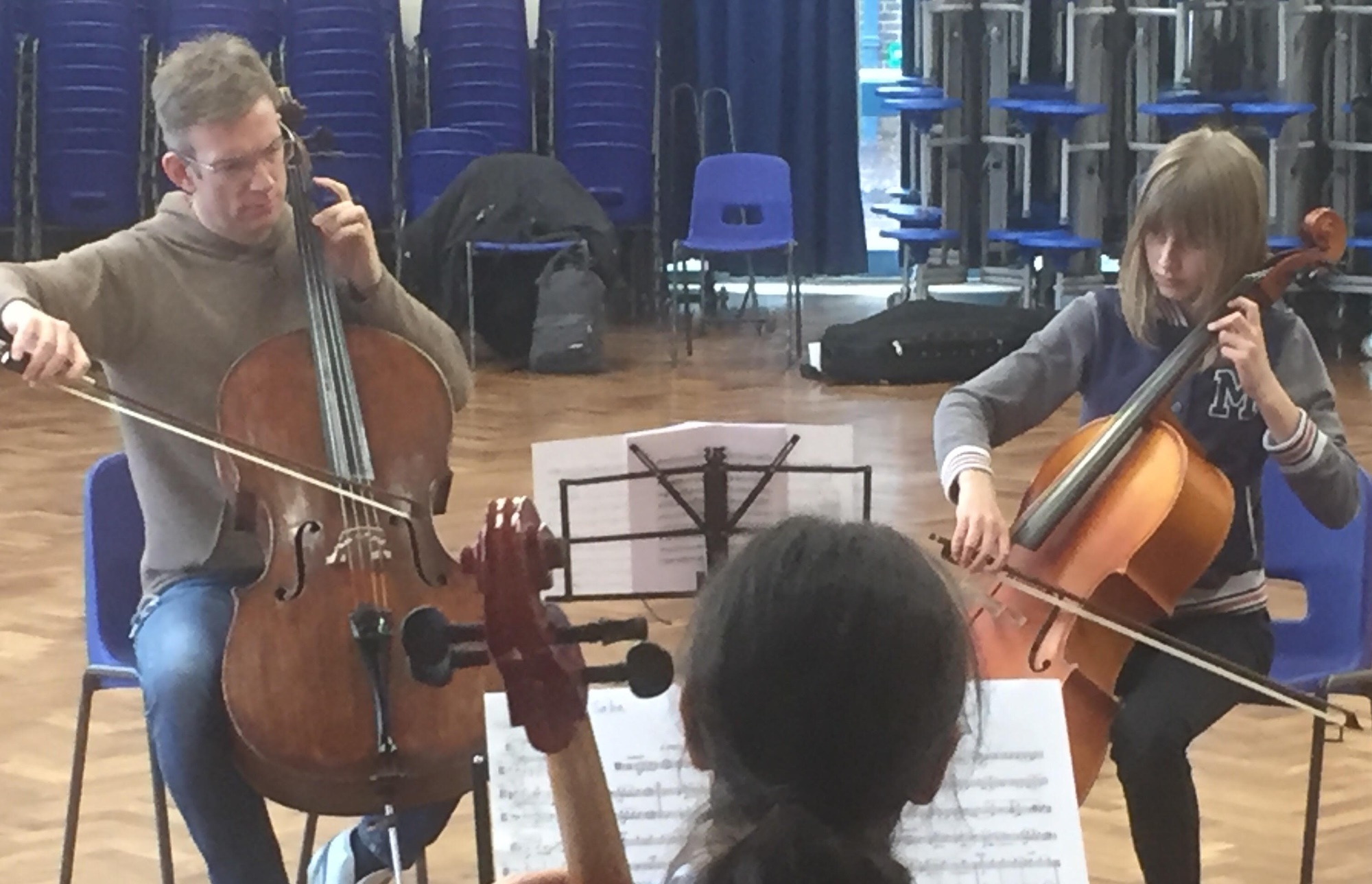