At 15.15 a cheer from the twenty assembled teams in R112 went up when the news flashed onto the huge screen in the auditorium.

Each team was given a task to accomplish using an Arduino, essential components and a laptop. The St Gabriel’s team of Elspeth, Katherine, Charlotte and Grace were given the task of landing the craft safely on Mars. Grace and Katherine concentrated on building the circuit using the Arduino and breadboard whilst Elspeth and Charlotte created the program. At various points everyone was involved in decomposing problems, brainstorming ideas, adjusting the circuit and tweaking the program.

By early afternoon the team had created a system which included a light dependent resistor to measure the distance the Ada Lovelace was from the ground and her rate of descent. A sequence of lights warned of impending touchdown. When contact with the ground was made a buzzer sounded.

Each team then presented their solution to the other teams in the hall, answering questions about challenges and successes. Presentations indicated that several attempts to restore communication with Mission Control had been created including the use of Morse code with the Arduino. Restoring the life support systems had proved more difficult but the best solutions involved the use of solar power. The St Gabriel’s landing system was robust and efficient, working well under very testing conditions – there was a great deal of pressure as eighty eager Year 8 and 9 pupils hovered around the team’s demonstration. It worked smoothly and earned a well deserved round of applause. Mission accomplished! Thanks must go to the Robotics Club at St Gabriel’s for forging such expertise and resilience within the Ada Lovelace Landing team.

Opportunities for anyone interested to recreate the landing, communications and life support challenges take place during Friday lunchtimes in ICT 2 from 1.15 to 1.45. 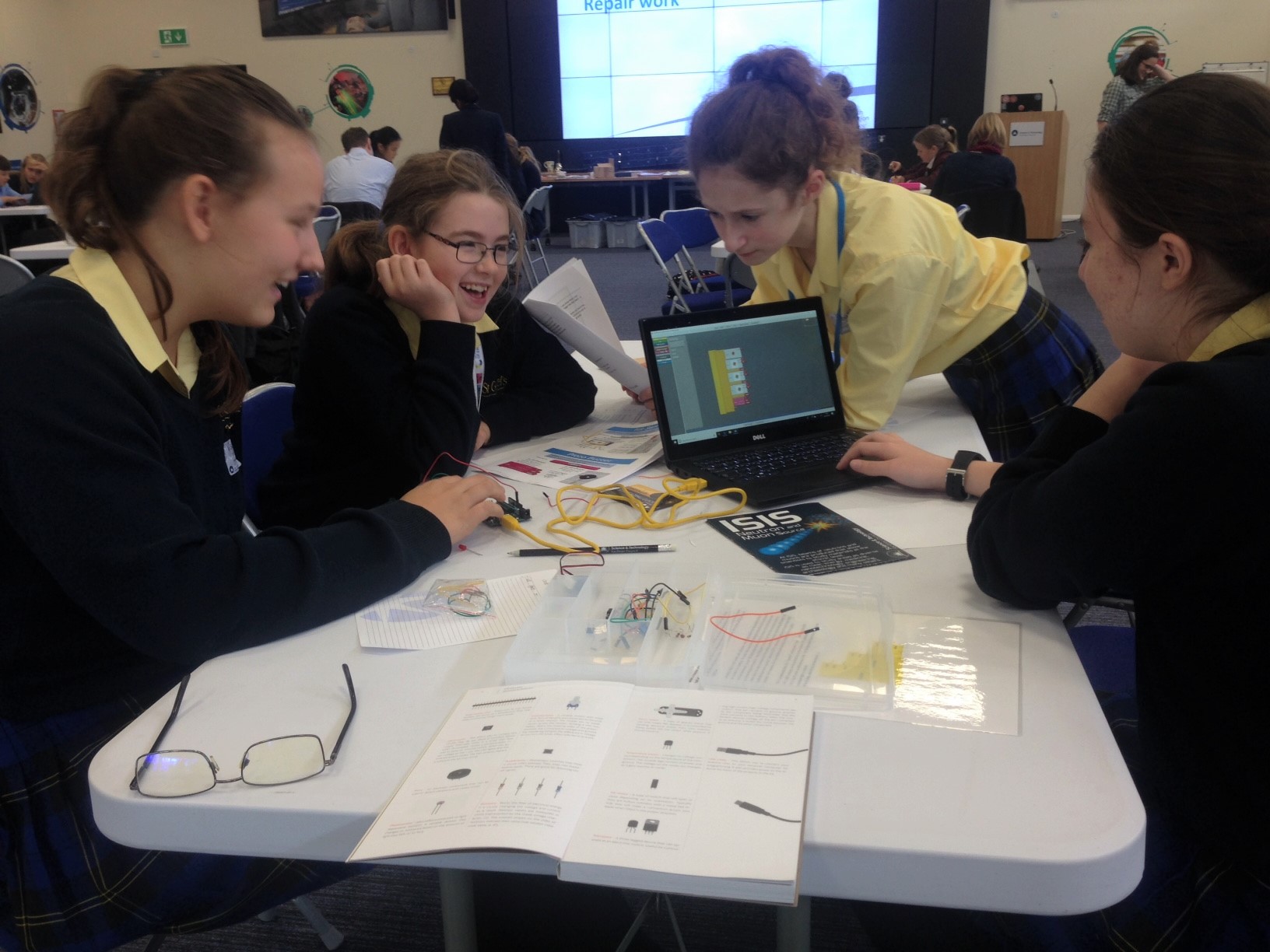 "I learnt a lot and really enjoyed the whole experience, but my favourite part was the tour of the visualisation suite"