Wednesday 15 January was special for pupils and teachers as the dulcet tones of Kevin Gaskell, from the Ocean 5 team, rang out loud and clear live from the Atlantic Ocean at 5am their time, in our morning assembly.

The Ocean 5 team, are competing in the Talisker Whisky Atlantic Challenge, the world’s toughest 3,000-mile row.  They set sail from San Sebastian, La Gomera, Canary Islands on 12 December, with the aim of crossing the finishing line in Antigua around six weeks later.  They are on course to beat that goal, with less than 24 hours to go, their efforts put them in a top 5 position of the 34 boats competing.

Ricki Smith, Principal connected via satellite phone to Kevin Gaskell, who is leading the all-male crew, and delighted in asking pupils’ questions so we could learn about their expedition so far.

What have the conditions been like?
Kevin “It has been a very challenging experience, the extreme weather has been tough, we have faced extreme winds and several storms, with the boat taking many blows, which at one point resulted in two of our team falling out.   We have felt frightened at some of the huge waves, that have reached 12 metres high and even had two oars break.  But through it all we know it is important not to panic and continue in such gruelling conditions even when it has been difficult to see where we are going.

Where does your water come from?
Kevin: “We have a water sanitisation system on board that takes in sea water and filters it so we get fresh water that we can drink.  Fortunately, it has been working fine”.

Have you seen much plastic in the ocean?
Kevin: “Yes we have seen a lot of plastic. Mostly commercial, industrial plastic waste, and seeing such pollution alongside a dolphin in its natural environment is heart-breaking.  It brings into sharp focus the reason why we are doing this challenge to support the Plastic Soup Foundation and raise money to combat the plastic pollution of our oceans.

Did you celebrate Christmas?
Kevin: “Unfortunately not, we were quite early into our journey and we did not even have time to acknowledge Christmas day but we enjoyed a 30-minute break on New Year’s Eve.”

Have you seen any sharks?
Kevin: “We did see a shark surfing a big wave and were aware of another boat that was being tailed by a shark”.

Do you ever get tired of rowing?
Kevin: “Yes we do get really tired of rowing, as it has to happen 24 hours a day.   We work in shifts which helps keep morale high, but with little sleep it is an extreme physical and mental challenge.  When we are low we support each other and always return to the realisation­­­ we have no choice if we want to get home we must continue and row faster.

Pupils had many more questions to ask Kevin. but with less than 200 miles to go, and the boat encountering testing conditions, the crew needed him to get back to rowing. It was a privilege to hear from Kevin and we look forward to welcoming him back to school later this year.

Thanks to parent and Alumnae Carrie Marsh, who arranged the call, it was exciting for pupils and staff to connect live as their challenge nears completion. 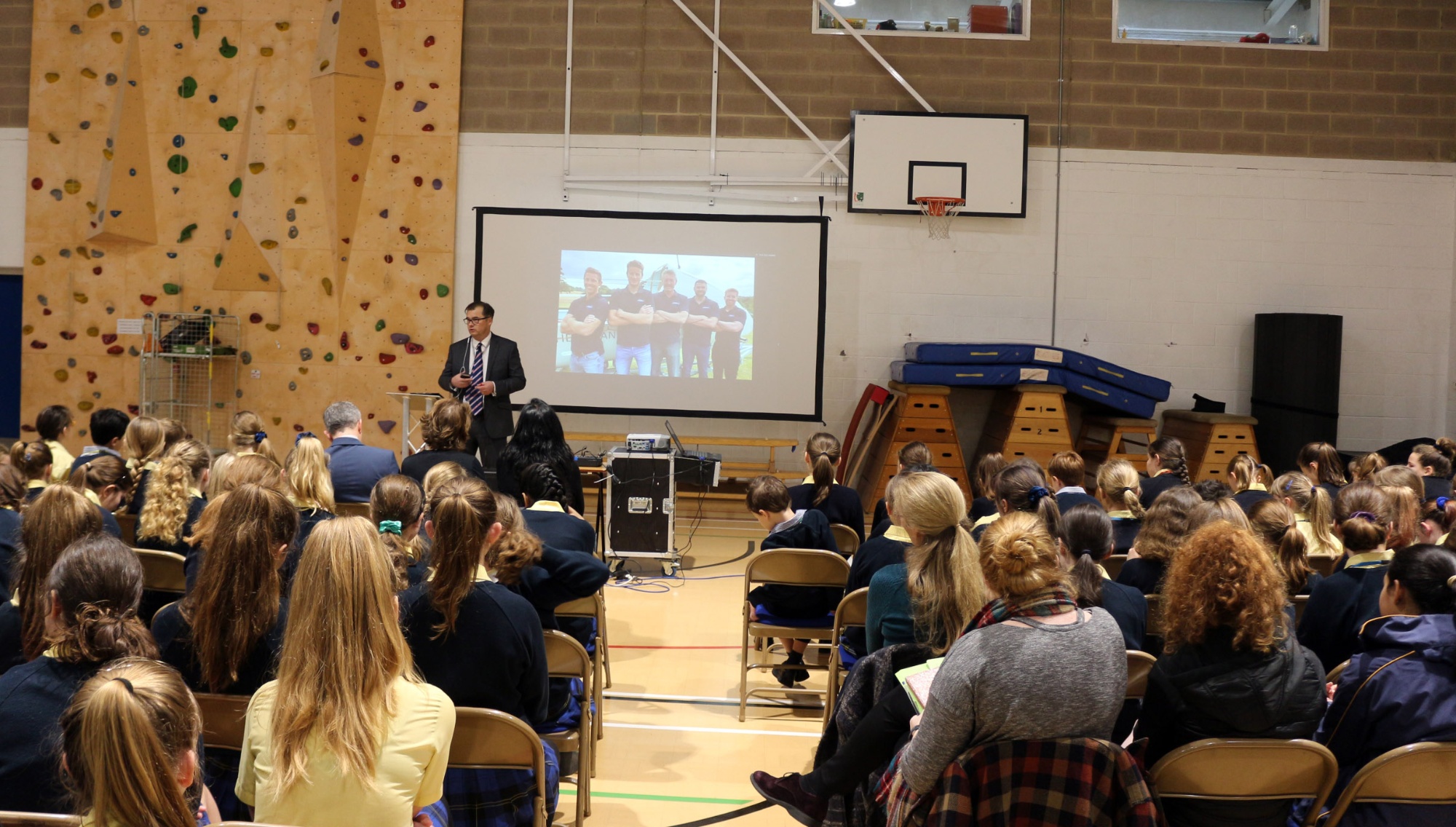