Armistice Day was remembered with 2 minutes silence in school at 11am and through various activities including Mr Smith's reading of poignant letters sent home by soldiers on the frontline in the Great War, during Monday's Senior School assembly.

Our Junior School newsletter this week outlines Year 2's  learning about the history of Remembrance Day which we are pleased to share below for the wider school community to read.

Pupils discovered that in 1919 the first Armistice Day was celebrated and continued to be celebrated until after World War II, which was when it became known as Remembrance Day. Year 2 were able to recall how the poppy became a symbol of remembrance, due to the fact that they were the only flowers to grow on the battlefields in Ypres, Belgium. What they didn't know was that a poem written by John McCrae about these fields of poppies inspired countries around the world to adopt the poppy as The Flower of Remembrance.  In topic time the pupils found out more about John McCrae, a surgeon in the First Canadian Army, and his poem In Flanders Field. As an act of Remembrance, Year 2 then made their own poppies to put in their topic books. Together they learned the first verse of John's poem, which they were then able to recite. Later the pupils wrote an acrostic poem of their own about Poppy Day. They reflected on the sacrifice of others and the importance of remembering the past and saying thank you to those who have gone before us and given us the peace and freedom we enjoy in our country today. 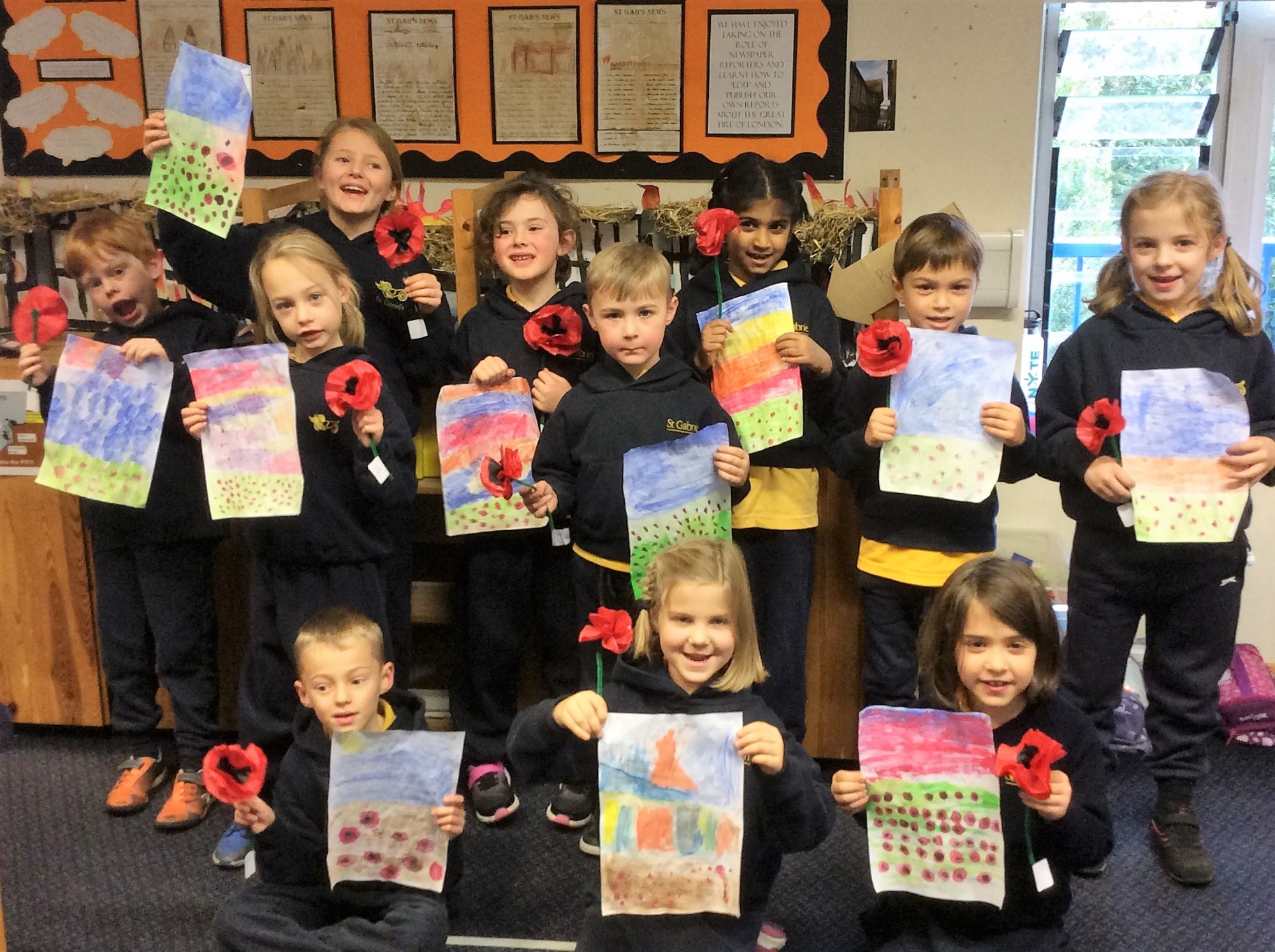