Junior School parents receive a weekly newsletter outlining activities, events and individual achievements. We have reproduced some photographs and snippets from this week's newsletter for the wider school community to enjoy.

As part of their history topic on the Victorians, 5S were given the challenge to conduct their own research into a famous person from the Victorian era. They spent their history lessons, as well as half term, collating facts, figures and information ready to present to the class. So this week, Mrs. Hayes became the student and a spent a fascinating history lesson being taught by the class. There were presentations on Florence Nightingale, Benjamin Disraeli, Elizabeth Garrett Anderson, Sir Robert Peel, Lord Shaftsbury and Dr Barnardo. The children surpassed themselves with the quality of their presentations and we all learnt something new and interesting.

Pupils had used their iPads to research information before putting together presentations using Keynote, Book Creator and other apps which are displayed on screen using Apple TV.

Children in Year 1 have begun their new science topic investigating the forces of push and pull. The children were able to think of many day-to-day examples of this, such as pushing a buggy, opening a door and opening a drawer. The children have extended this to considering forces outside our control - the force of the wind! They will be exploring this force first hand by making kites to fly. The children needed to carefully cut their templates, stick straws for additional strength and hole-punch to attach their string. The children showed great maturity in handling equipment such as scissors and the hole-punch, and took care and consideration in designing their kites.

They are looking forward to using their kites in their Outdoor Learning lesson next week to explore the force of the wind first hand!

This week Year 2 have been learning about volcanoes and what happens when a volcano erupts. To demonstrate this they mixed vinegar, washing up liquid and baking powder together. The reaction made the liquid bubble over the side of the jar and spill down the rocks, just like lava flowing down the side of a volcano.

3G have been discussing this term’s Pillar of Character of TRUSTWORTHINESS in PSHE. They thought hard about people they trust, shared their reasons with the class and used their artisitic skills to draw pictures of the people they trust.

This week in Outdoor Education the children were lucky enough to see a variety of animals on our way down to the woods. Can you spot the Muntjac deer in the photo collage picture?

On Thursday this week, our netball squad travelled to St Swithun’s for the regional heat of the national IAPS girls’ netball competition.The team were in a very tough group but played out of their skins to win and go through to the knock-outs. They went on to secure a place in the third/fourth place play offs and narrowly lost by 2 goals, thereby just missing out on a slot in the national finals by one place!

Year 3 investigate ‘What is sound?’ 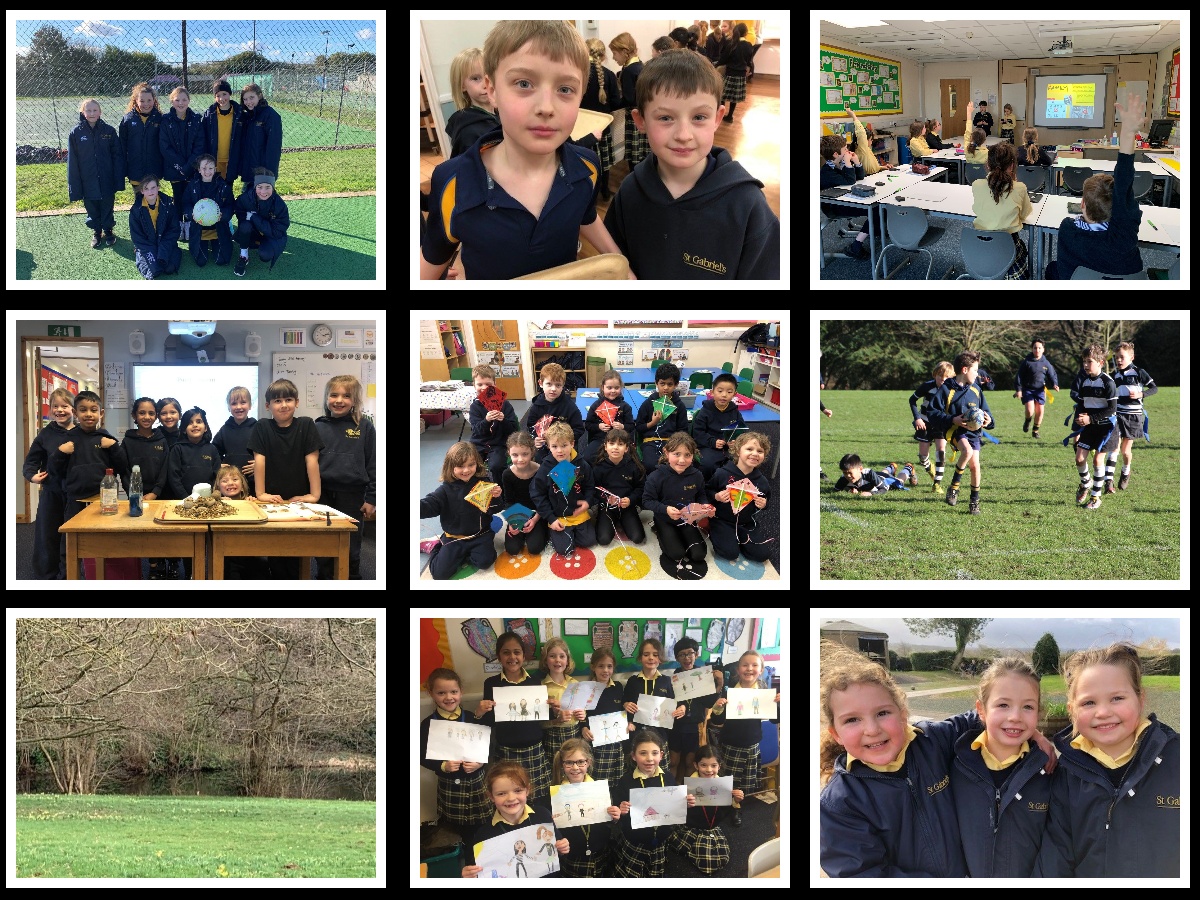