On Tuesday, 6 February, A-level English Literature students went to see the performance of one of our examined texts ‘The Kite Runner’ by Khaled Hosseini at The Oxford Playhouse. After browsing Blackwell's Bookshop, we arrived at the theatre in time for the pre-performance discussion by the playwright Matthew Spangler. He explained to us the process of adapting the novel for the stage, how he approached Hosseini about writing the stage production for his novel and why he decided to change a few details about the plot. An example of this is shown as, in the original text, the malevolent Assef is a biracial character, yet Spangler forewarned us that he had reverted Assef’s ethnicity to purely Afghan, so that the villain and the protagonist, Amir, share more similarities. Spangler’s talk was very informative and interesting, and we had the pleasure of talking to him just outside the theatre and posing for a photograph before viewing the show.

The performance itself was wonderful yet heartbreaking, and I was not the only audience member moved to tears by the end. At the time of the trip, I was reading the novel and was only half-way through, so I did not know what the ending of the tale would be. Therefore I was not quite prepared for every twist and turn in the story before reaching the heart-wrenching finale, which promised a hopeful ending to Amir’s narrative. The actors who played Amir and Hassan were particularly excellent, and knew when to add a comedic element to some scenes, in order to lighten up the atmosphere of the room before dramatic events occurred shortly after. Everyone thought the performance was very powerful and moving, and the Year 12 students are now more excited than ever to study ‘The Kite Runner’ next year. 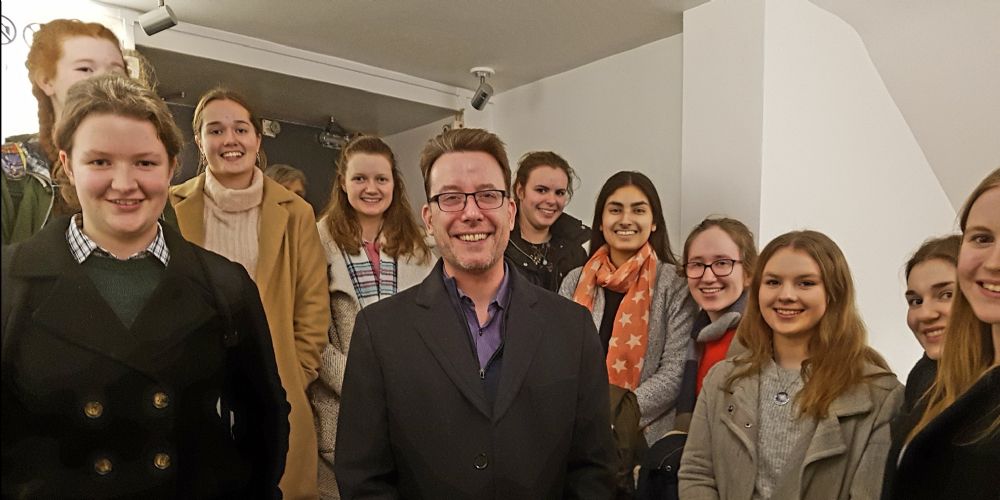