News from the Junior School

Junior School parents receive a weekly newsletter from Mr Dove outlining individual, class and sporting activities and achievements. There are always so many wonderful activities happening around the school we have reproduced a section of the March 8 bulletin below to share with the wider school community.

This week’s Achievement Assembly was a brilliant example of the wide variety of skills, interests and hobbies that the Junior children enjoy outside of school. Penny showed us her love of Irish Dancing with a super show. We also heard about Rowan’s fossil-find which is now on display in the Lulworth Cove Museum – as well as judo, painting, gymnastics, skiing, equestrianism and even water polo.

On Tuesday lunchtime, we were treated to another superb lunchtime informal concert in The Oval Room. All of Year 4 performed P-bone (plastic trombone) together, as well as a number of individual performance.

What a talented bunch of pupils!

Year 4 spent Wednesday celebrating languages this week. Together they played "Guess the Country" where the children had to work out different countries from their map outline. Some countries such as France and Italy were easy but Romania, Finland and Czech Republic proved much more tricky. Then with partners they researched different countries around the world, finding out how many people spoke the language, the flag, interesting facts and translating simple phrases into that language. Everyone had lots of fun and learnt lots of new things about countries around the world.

We were also joined by pupils from Stockcross, John Rankin and Welford and Wickham Primary schools who came to take part in the Language Olympics. This was a series of fun games on several different languages.

Year 2 had a wonderful time writing their own modern-day versions of Jack and The Beanstalk. They thought of some fabulous details, such as the beans being a tin of baked beans; the beanstalk growing around a skyscraper in New York; and Jack and his mummy buying a penthouse apartment with their new-found wealth! Their stories were full of exciting language – including adjectives, adverbs and similes – and they also remembered to use capital letters, full stops and speech marks. 2S are also becoming comma champions! 2S are enthusiastic and talented writers, and their stories certainly prove this. 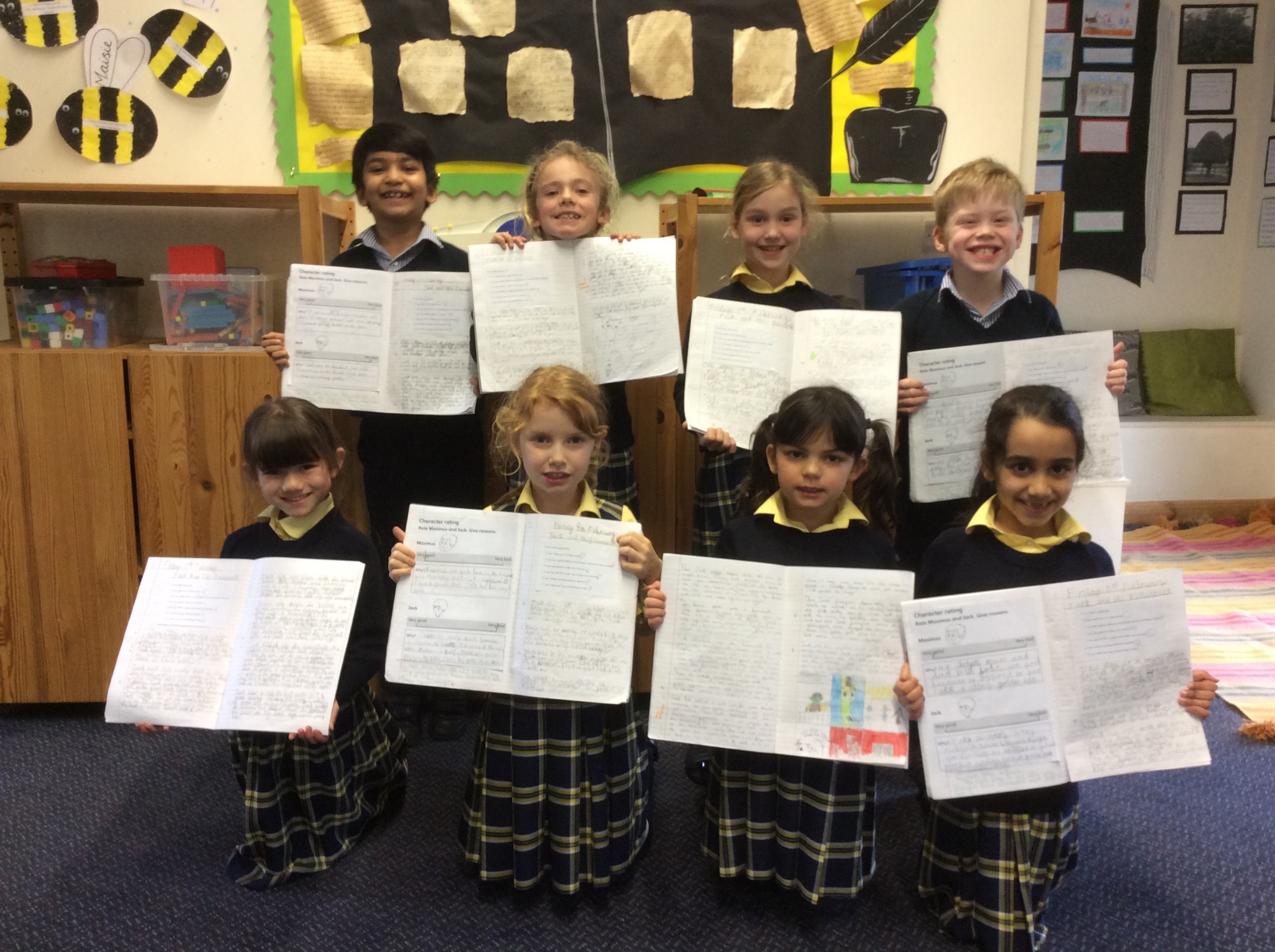 Year 1 began their new topic of 'Forces' in Science, specifically looking at the forces of push and pull. The children were learning about the dangers of moving forces. To demonstrate this, the children conducted an experiment to highlight the importance of wearing seat belts in a vehicle, equipped with some hard boiled eggs, a car, ramp and cups. Before starting, the children each made a prediction on what might happen, such as

"The egg without a seat belt will crack just a little."

"The egg without a seat belt will crack open!".

What did our Year 1 scientists conclude after completing the experiment? 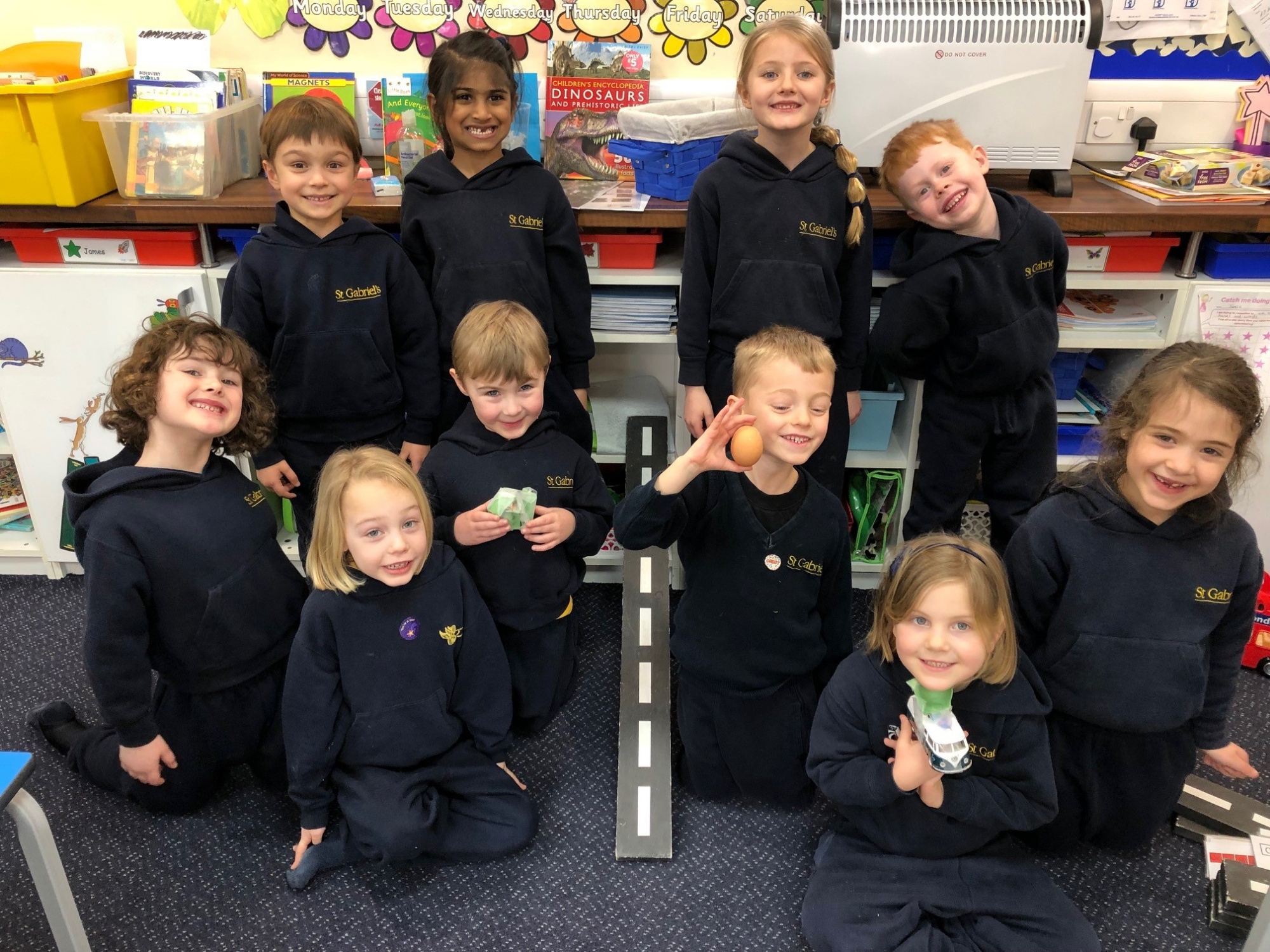 In Outdoor Education we have been looking at habitats which we could encounter close to the river. We used our own lake to go on an exploring adventure, whilst discussing the animals we may find and where they might have their habitat. This ties in with our learning in geography on rivers and how we use them and animals. The children then had a great time building their own habitats for animals including ones for water voles, birds and shrews. In future lessons we will go down see if we have had any visitors!