Where in Italy were you brought up and which languages did you study and from what age?
I was born in Italy, in the Northern region of Emilia-Romagna, in a city called Reggio Emilia.

In Italy, the school system is quite different as we have primary, middle and secondary schools, with secondary schools being vocational. I have always been fascinated by different cultures and countries, so I enrolled in a language grammar school. I learnt English from middle school all the way through to university and in secondary school I added German and French. I graduated in modern foreign languages and literature (English and French) from the University of Bologna.

What inspired you to teach and brought you to the UK?
When I was 17, I spent a few weeks of the summer holidays in Cambridge. I lived with a family and attended an English school for foreign students (yes, I was one of those students hanging around in big groups, all with similar backpacks!). Despite the daily Spam sandwiches in the packed lunch, this experience was certainly life-changing for me, so much so that on my return I told my mother that one day I would move to England…

My secondary school English teacher was a very inspiring classroom practitioner and a fantastic woman. It was thanks to her that I studied languages at university and decided to become a teacher. On graduating, I moved back to Swansea University, where I had already spent one year on the Erasmus Programme, and I qualified to teach in Britain.

Can you tell us what languages we teach at St Gabriel’s and pupils' achievements with languages that make you proud?
Our students can learn French, Spanish and Mandarin Chinese and we are still offering Italian as a legacy language. We are very proud to be one of the very few schools in the area that offers Mandarin from Year 1. French, too, is taught in the Junior School and these two languages, along with Spanish and Italian, can be studied up to A level. Students’ results in languages, both at GCSE and A level, have been consistently excellent over the years. We are particularly proud of last year’s Sixth Form linguists as many of them are now studying Mandarin, French, Spanish, Italian and Russian at prestigious universities.

Is it true you are only fluent in a language once you start dreaming in that language?
I suppose that, if you are able to dream in a foreign language, you must be fluent in it. I am more inclined to believe, however, that you tend to dream in the language in which you immerse yourself for most of the day. I tend to dream mainly in English… unless I dream of my family.

Can language learning skills be transferred from one language to another?
Absolutely! Language learning involves different skills. Communication, for example, is a key one and is definitely a transferable skill, and not only to other languages. Being able to recognise and analyse grammar, vocabulary and radical patterns in a language, is common to all languages and will develop high order thinking skills.

If you are familiar with a language, let’s say French, it will also be easier to learn other Neo-Latin languages such as Italian or Spanish due to their similarities.

English is said to be the universal language.  Do you think this will still be the case in 2050?
Yes, I believe English will still be the main international language in 2050 as the date is too close to allow any other language to overtake it. English owes its success to the fact that it is spoken across the world in countries with very different cultures. Spanish might pose a threat, whilst I think Chinese, however fascinating, belongs to a culture that is too remote to us in the West.

What do you think about technology and languages i.e. online tools such as Google Translate?
Do not mention the ‘G word’! Online translators are becoming more and more sophisticated, but users still need to select carefully the correct translation among the various options, and check it within the context.  Some websites, such as WordReference or Reverso, offer this facility. The web is full of memes and jokes about Google translations gone terribly wrong! Very entertaining!

Generally speaking, I believe technology has allowed students to access all sorts of useful resources at any time, and has made the practice of languages much more exciting.

Can you tell us about students who have gone on to degrees/careers using their language talents?
Talking to some of our alumnae who pursued linguistic studies at university, it seems that the best part of their academic experience was their year abroad. For them, this was the first time they needed to apply their linguistic knowledge and skills to real life on a daily basis - it can be a terrifying experience at the beginning, but it soon turns into a very exciting, empowering and rewarding one. Some of our ex-students are travelling or working abroad for business after gaining joint honours degrees, whilst others with a linguistic/literary degree are working in the fields of translation and education.

What advice would you give to pupils interested in pursuing a career in languages?

We often tend to sell languages highlighting their importance in the world of business. Whilst this is absolutely true, and Britain desperately needs linguists in this sector, I personally feel that you can only really become fluent in a foreign language if you fully immerse yourself in the culture of at least one of the countries where the language is spoken. This means travelling to the country and making friends, reading its literature, tasting its food. In short, embracing its culture with an open mind and an open heart... the language will follow. Luckily, universities offer a wide range of courses to suit all needs and interests, it is therefore important that you understand in which direction you want to take your linguistic experience to make the most of it.

Do you have any other message you want to share with pupils?
I am fully aware of how frustrating learning a language can be at the outset - you would like to run when you can only walk... slowly. Perseverance is key; the results will be very rewarding! 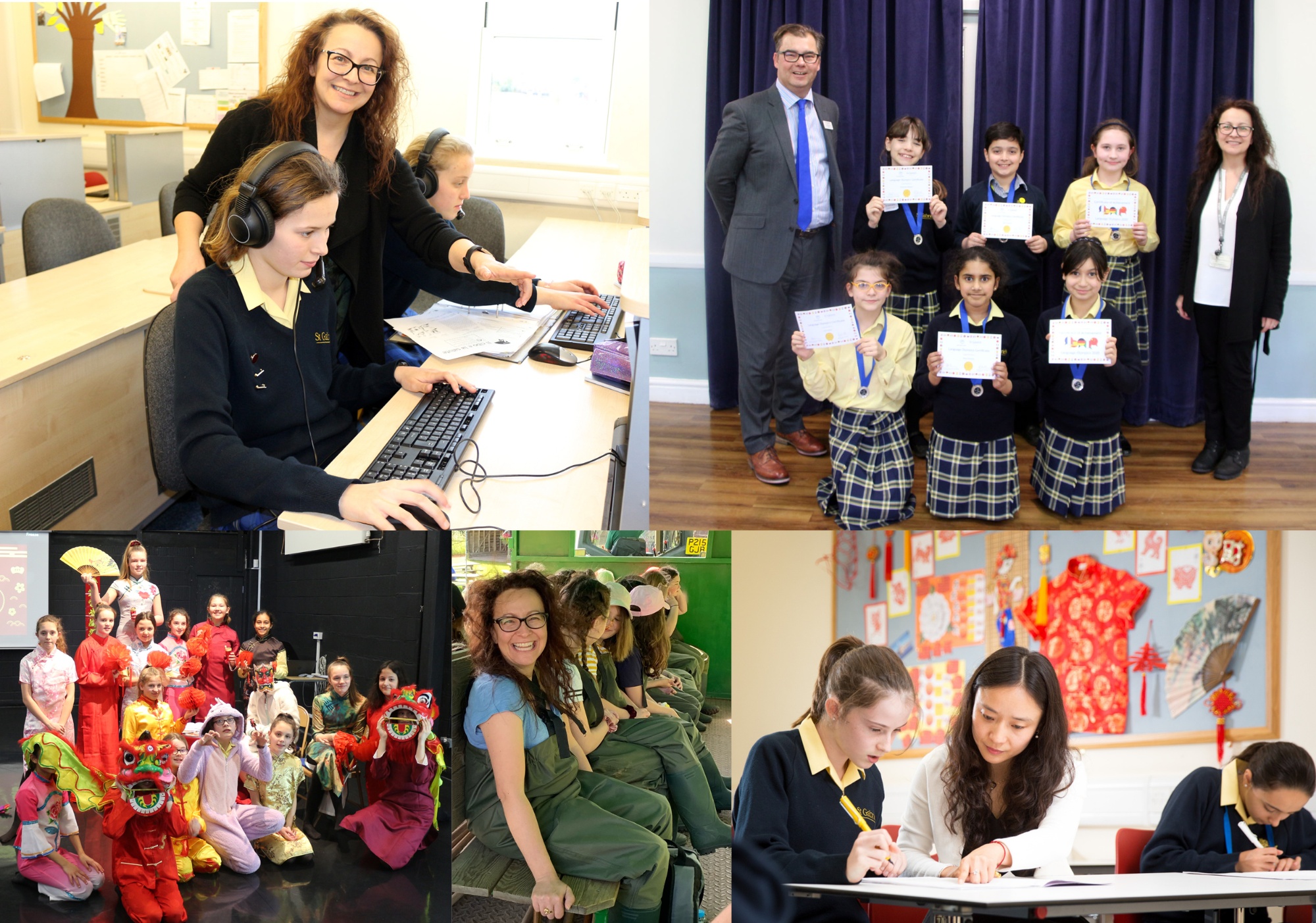