Greenham: 100 Years of War and Peace

Pupils, parents and staff from St Gabriel’s school past and present featured in the Greenham: 100 Years of War and Peace event on Friday 8  and Saturday 9 September. Anisa Khorassani, Year 12 and Sophie Willcocks, Year 8 performed in Beth Flintoff’s spectacular production on the Common’s surviving segment of runway. Anisa starred as a peace campaigner from the 1980s encampment and Sophie as a 1930s school child. 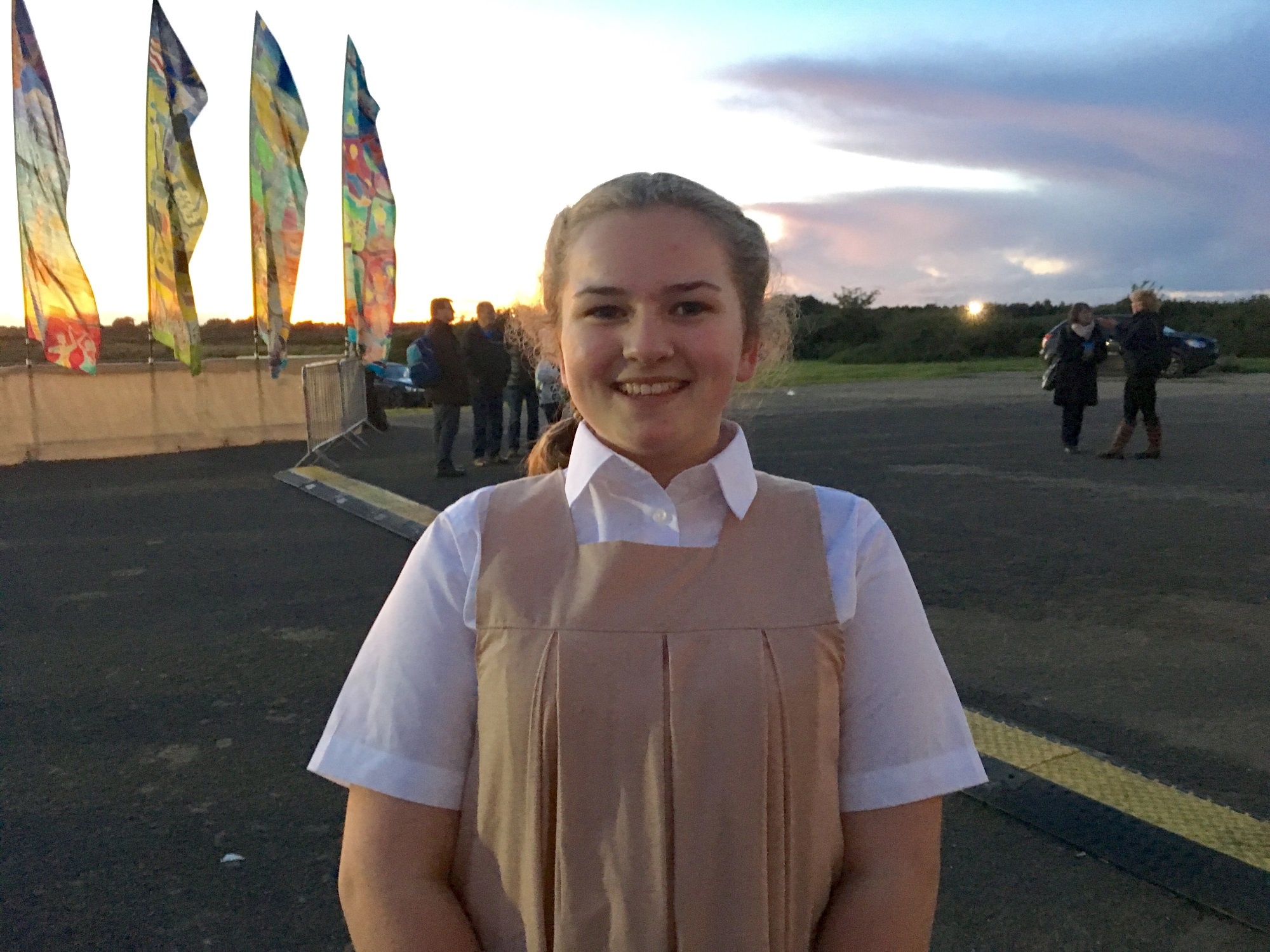 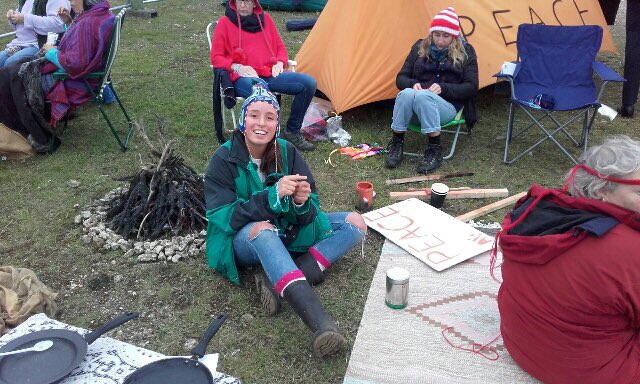 That square of concrete boasts a truly incredible one hundred years of history. Take your pick from  General Eisenhower, D-Day, Operation Market Garden, the Berlin Airlift, Cuban Missile Crisis, arrival of Ugandan Asians expelled by Idi Amin,  stationing of Cruise missiles, the nineteen years of the womens’ peace encampment. The Common has seen it all and the production that told the story was witnessed by approximately 8000 people over the two nights. Being a part of it was a huge commitment and congratulations go to all members of the St Gabriels’ community who sang, danced, performed, marched and supported over the two days.  Over thirty pupils from the school were involved in the creation of two of the ten banners that formed a magnificent backdrop to the production. The banners were presented on stage at the start of each evening’s main event by parents and staff from the school including Mrs Tulloch, Mr Williams and Mr Mannion.

One legacy of the event is that the banners have become historical artefacts in their own right. Later in the year they will be displayed at the West Berkshire Museum before finding a permanent home in a new arts centre on Greenham Common Business Park. 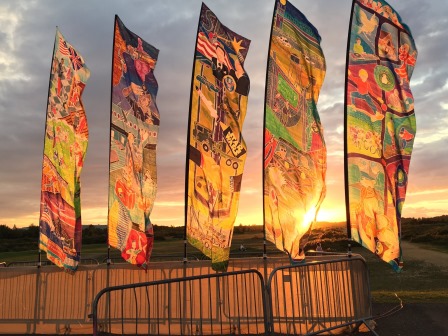