Three days after the end of the summer term, eleven Sixth Form students, Miss Pearmine and our World Challenge leader, Alex, flew to Borneo in Southeast Asia to spend four weeks travelling, volunteering and trekking. When we arrived in the south of Malaysian Borneo, the first difference we noticed was the incredible heat and humidity (even in comparison to the British heatwave). It took us several days to get used to the weather both in the city of Kuching and in Kubah National Park as part of our preparation for the jungle trek. Swimming in a waterfall during one of the first treks was not only an amazing experience, but it also let us cool down after two hours’ walking. During our time in the national park, we visited Matang Wildlife Centre and saw crocodiles, sun bears and some of Borneo’s iconic orangutans. 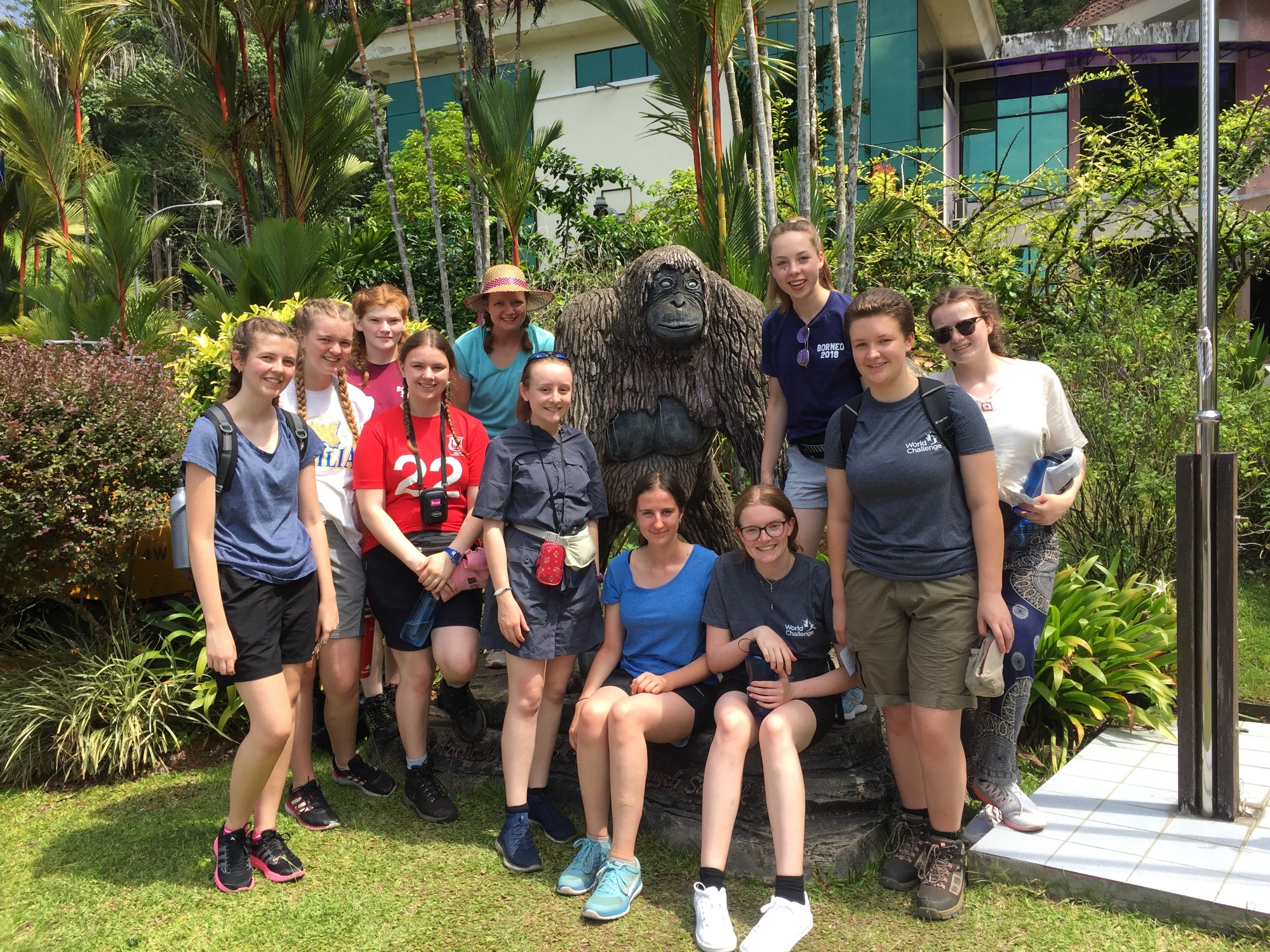 After this, we travelled to the Kelabit Highlands, which were thankfully cooler due to their altitude. This marked the beginning of our two-week stay in the village of Bario and the surrounding area. We spent five days trekking, with three nights spent in hammocks in the jungle itself. Something that nothing could have prepared us for was the ubiquity of the leeches and the incessant noise of insects of all sizes (one stick insect was the size of our hiking boots). Perhaps the highlight of the jungle trek was swimming in the river on the third day and watching our guides fishing for their dinner. Once we made it out of the jungle, we spent a week in a primary school painting a mural and playing with the children. The annual Bario food festival was taking place in our last few days there, which allowed us to experience the culture of the Kelabit tribe and try some local foods – the pineapple was a particular favourite! It was also Amber’s birthday while we were in Bario so this part of the trip was special for everyone.

If the jungle wasn’t enough of a challenge, we then moved on to climb the highest mountain in the region – the 4095m-high Mount Kinabalu in Sabah. This involved a six-hour ascent on the first day and waking up at 2:30am to climb to the peak for sunrise. The view from the top was stunning and was definitely worth the mental and physical struggle to get there. The final days of our expedition were dedicated to rest and relaxation. We went snorkelling around some islands near Kota Kinabalu and were lucky enough to see clownfish among the coral. Then, all too soon, it was time to fly back to England.

Some of the most memorable moments were ones which brought the whole team together, be it sitting around a campfire in the jungle or recovering after the mountain trek in the pool. We also learned so much about Borneo, ourselves and what we are capable of doing. It was truly the trip of a lifetime and one which we will never forget.