As part of their PSHE program, a group of sixth form students visited the Houses of Parliament on Monday 27 January to learn more about how the government works and experience the chambers first-hand. While touring the site they explored the benches of the House of Commons as well as the House of Lords, visited the site of Guy Fawkes' trial, and sat in the division lobbies shortly before a parliamentary discussion on unmanned aircraft.

In the House of Commons the group came across recently-elected Conservative MP Dehenna Davison who represents the North-East constituency of Bishop Auckland and was able to share her experience of becoming an MP at the age of 26.

After the tour students participated in a session on UK pressure groups and their role in the political process, including a dive into the protests of the Suffragettes. During this session Newbury MP Laura Farris paid the group a visit and spent some time answering questions about everything from her experience as a woman in Parliament to her views on the climate emergency. The trip provided insight into the vast number of ways citizens are able to impact the future of their country, from joining a pressure group to working with their local MP or even joining the Parliamentary staff. 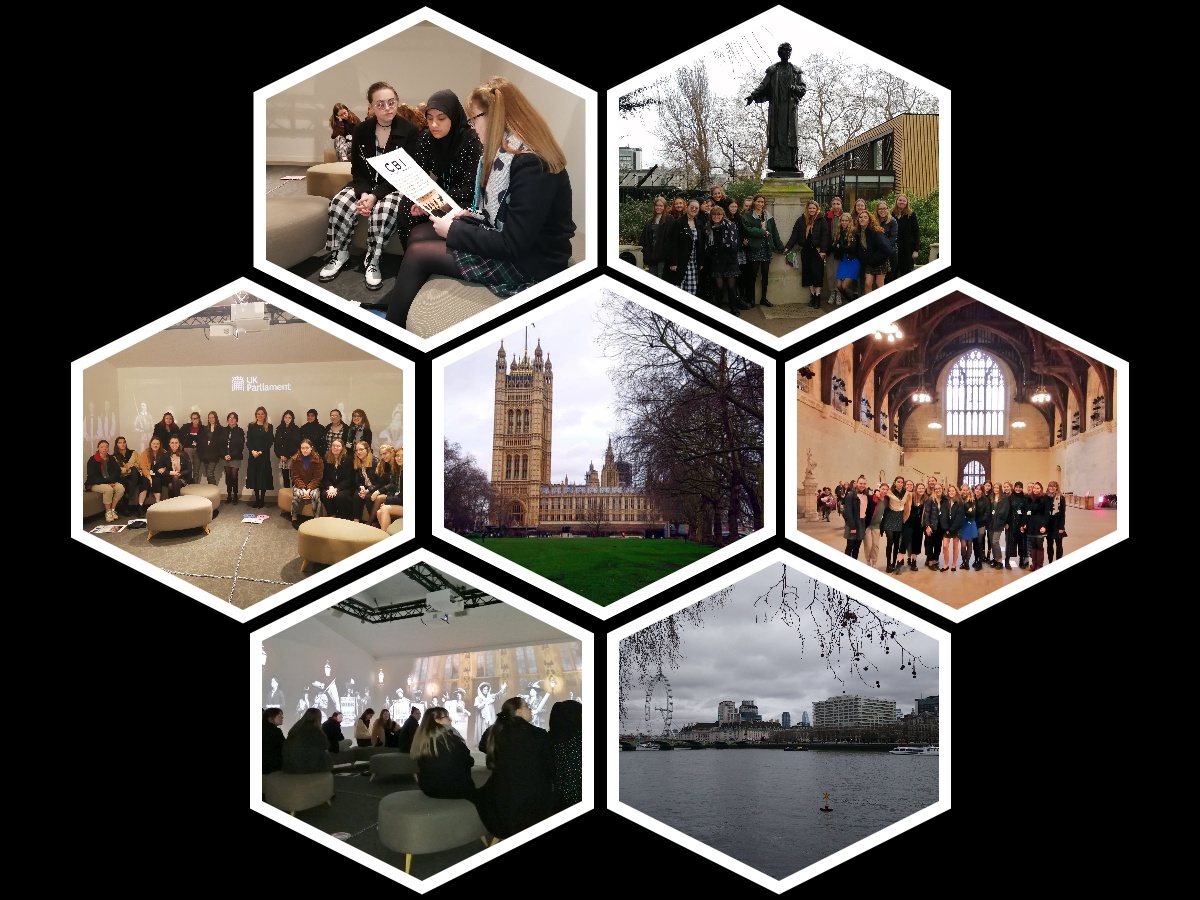